One of the oldest Manhattan Neighborhoods, Chelsea is located on the west side of Manhattan, just below Midtown and just above the West Village. While the northern border varies from West 30th to West 34th streets, the neighborhood’s other borders are 6th Avenue to the East, the Hudson River to the West and 14th Street to the south.

Chelsea was named after the Chelsea neighborhood in London, England, by British Major Thomas Clarke in 1750.  A section of the neighborhood is protected under the Chelsea Historic District, whose main streets are 9th Avenue and 21st Streets.  Chelsea is home to many historic townhouses, many of which are single family homes, as well as recent modern buildings peppered throughout the neighborhood.

Given the low-rise nature of the neighborhood, it is devoid of high rise buildings, except on Sixth Avenue above 23rd Street. However, just over the border in Hudson Yards to the north one can find many high rise apartments. The most modern Chelsea New York apartments are found in West Chelsea, as discussed below.

It’s many retail businesses reflect the diversity of the population. The area had a large LBGTQ population in the 1990s, but many folks have moved up to Hell's Kitchen.

Because there are few options to buy a condo in the historic neighborhood of West Village and given its central location, Chelsea has become a very desirable neighborhood for real estate. Both West Chelsea and East Chelsea are ideal places for investors to buy property, as the average rent in Chelsea is always quite high. We often joke with our investors that owning a 1 or 2 bedroom apartment in Chelsea is like owning a government bond since the neighborhood is perpetually in demand.

Learn more about West Chelsea, East Chelsea and all the Things to Do in Chelsea below these listings.

West Chelsea is now one of the most expensive neighborhoods in Manhattan after it was rezoned from manufacturing to residential in 2005. Running from Ninth Avenue to the Hudson River and West 14th to West 30th Streets, West Chelsea was once an industrial wasteland littered with parking lots, nightclubs, auto repair shops, manufacturers, and warehouses. The only saving grace of the neighborhood was the many top art galleries that were sprinkled throughout the neighborhood, which remain today.

Now,  Chelsea is home to one of the largest concentrations of starchitecture in the US, where one will find the most state of the art and luxurious apartments in Chelsea NYC. These internationally renowned architects, many whom are Pritzker-prize winners, include: Norman Foster, Jean Nouvel, Frank Ghery, Zaha Hadid, Soo Chan, Isay Weinfeld, Roman and Williams, Peter Marino, Thomas Jul Hansen, Annabelle Selldorf, Enrique Norten, Shigeru Ban, Neil Denari, Jeanne Gang, Cary Tamarkin and Anabele Seldorf.

Most recently, Robert A.M. Stern and Bjarke Ingels have designed some of the nicest buildings in all of West Chelsea - the Cortland and One High Line, respectively. With 95% of the developable lots already scooped up, we don’t expect to see any new condo buildings come to the West Chelsea neighborhood in the next few years.

West Chelsea is home to a large section of the High Line—an old railway track that goes along the Hudson River and has public art on display. Many homes for sale have Hudson River views or sit along the High Line Park, which opened in 2009. Because of the 12-story height limit for most lots, overbuilding in this neighborhood is impossible, allowing properties to retain their high values.

Many executives, bankers, lawyers, and tech workers at the companies coming to neighboring Hudson Yards just above 30th Street will be living in West Chelsea with a quick, enviable commute to the office.

As the ancillary shops, restaurants, and art galleries open or reopen to fill in this new neighborhood, we expect that West Chelsea will continue to blossom into one of Manhattan’s most intriguing neighborhoods.

Its proximity to the historic neighborhood of Greenwich Village and the West Village, make it a very desirable location. Chelsea apartments include a mix of luxury high-rises and low-rises. In addition, there are many protected townhouses in the neighborhood, giving it a European feel on some streets.

Given the location of Chelsea, developers have already built on lots that they could. We don’t expect much new development to come on the market here, just some boutique buildings from time to time. 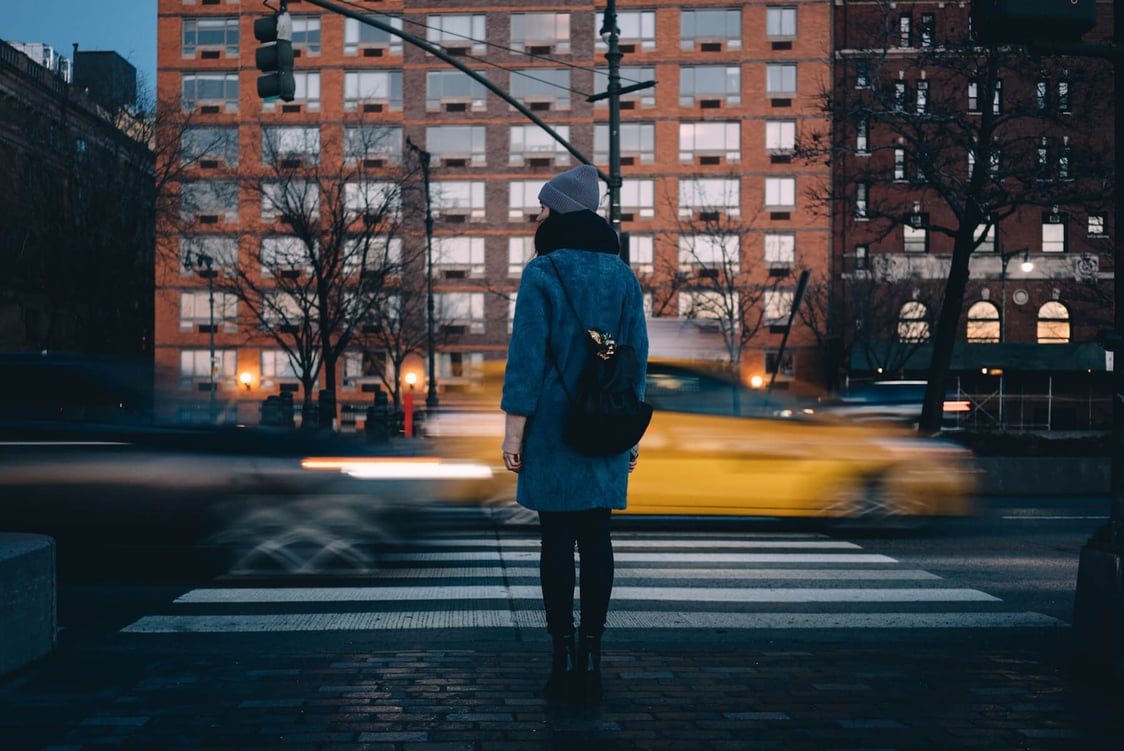 Things to do in Chelsea

Eat or Shop at Chelsea Market

Purchased by Google in 2018 for $2.5 Billion, Chelsea Market was once the Nabisco factory where the Oreo was invented. It is now an indoor food and retail marketplace that takes up the entire block between 9th and 10th Avenues and 15th and 16th Streets. A 6-story office extension on top of Chelsea Market.

The High Line is an elevated park, just to the West of 10th Avenue,  cuts through West Chelsea from north to south from Hudson Yards to the Meatpacking District. Once a railway, this renovated green space above the streets with its original train tracks restored, is a focal point of the neighborhood and has attracted tons of development  in West Chelsea.

This full-block freight terminal, warehouse and office building was built in 1930 and was once a transportation center.  A popular place for photoshoots, the building is home to Martha Stewart, Tommy Hilfiger, and Club Monaco. One of the largest buildings in New York City with 2.5M square feet of space, Starrett Lehigh lies between 10th and 11th Avenues and West 26th and West 27th Streets.

The renovated Terminal Warehouse on 11th Avenue between West 27th and 18th Streets will be like a mini Chelsea Market when it is completed in late 2023.   The Terminal Warehouse will feature Class-A office, retail, and dining. In addition, similar to Chelsea Market, the 670-foot-long tunnel running through the building will be revitalized and lined with retail and dining stalls.

Chelsea is also known as one of the centers of the city's art world, with over 200 galleries in the neighborhood.  Since the 1980s, Chelsea has been a popular spot for artists, and it still has some of New York’s most renowned galleries. Throughout the neighborhood, you’ll find small galleries showcasing work from New York’s top artists.

Gagosian Gallery - a contemporary art gallery that has a global presence with 17 exhibition galleries, including NYC on West 24th Street.

C24 - a contemporary art gallery of both local and international artists located on West 24th Street that focuses on underrepresented artists.

Chelsea has some other great museums, including the Rubin Museum, which has Himalayan, Indian, Buddhist and Chinese art.

The Museum at FIT, the Fashion Institute of Technology, has great exhibits that focus on all types of fashion, such as London Fashion, the corset, monogram retrospect, Gothic glamour and Queer History in Fashion. The museum's permanent collection has over 50,000 garments from the 18th century to the present, including some important designers such as Adrian, Balenciaga, Chanel, and Dior.